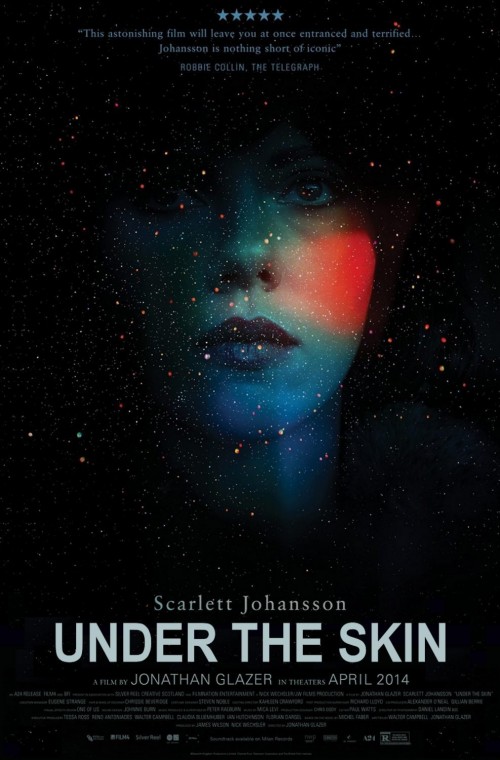 R Drama, Science Fiction, Thriller
The products below contain affiliate links. We may receive a commission for purchases made through these links.
POSTERS
‹ ›

6.3
A seductive alien arrives on Earth with a goal to prey upon unwitting hitchhikers in Scotland. Sent by a large, wealthy and nefarious alien corporation, Laura ? the alien seductress ? arrives in the Scottish Highlands for a surreal and nightmarish series of abductions and experiments. Laura meets up withe male hitchhikers then lures ? abducting them via quicksand ? them to an underground, or subterranean area, beneath an isolated barn where the rest of her alien team await male Earth subjects for testing and extreme experimentation. The aliens turn the men into farm animals, castrating them then muting them through tongue amputation. The alien team also fattens the men, keeping them in small pens, preparing them for slaughter. After several months, once the men are ready for slaughter, the aliens butcher them and send them back to their home planet. Their home planet is a dark and arid place, and the meat of these men is a rare and beloved delicacy for the inhabitants. As the beauty of Earth affects her, as well as the darkness of her team's experimentations, Laura feels conflicted about her fellow aliens' practices and explores her sense of freedom and what the implications of that freedom might mean.
MOST POPULAR DVD RELEASES
LATEST DVD DATES
[view all]