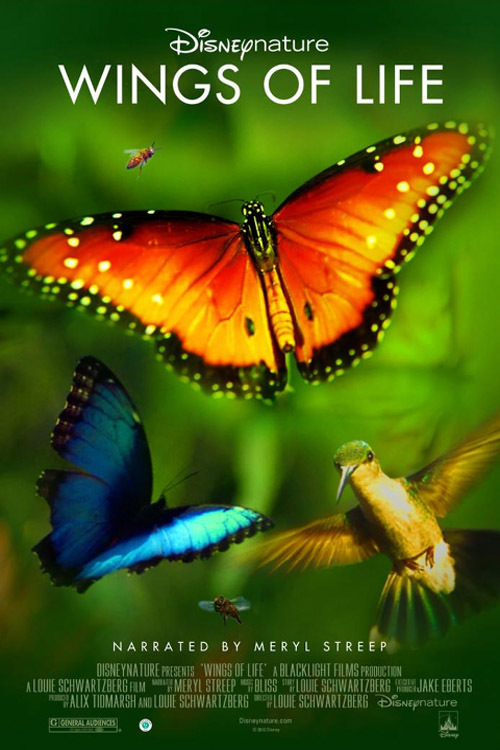 6.2
As the world turns, we often do not consider the small creatures that make up nearly a third of its food supply nor the beautiful environments they inhabit. Disneynature's "Wings of Life" has captured an intimate look at the lives of hummingbirds, bees, butterflies and bats from vast deserts to rich grassy landscapes across the world. Vividly stunning backdrops highlight the breathtaking world flowers and how these amazing creatures work to pollinate them. Threatened by the world in which they unknowingly protect -- an endangered balance that has been remarkably documented in this captivating story of love, drama and beauty.
MOST POPULAR DVD RELEASES
LATEST DVD DATES
[view all]