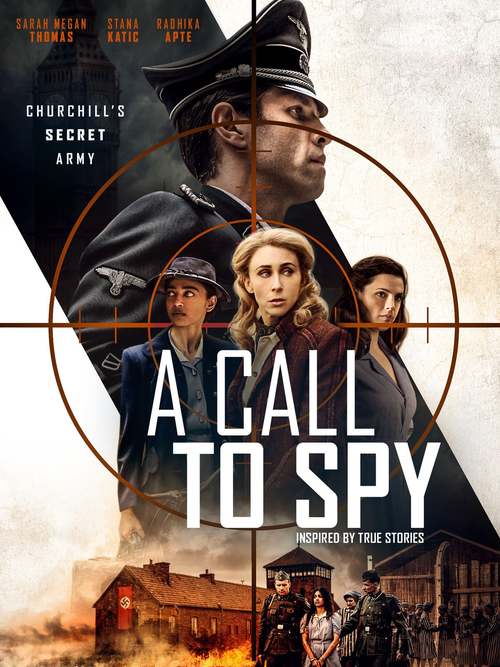 PG-13 Drama, Thriller, War
The products below contain affiliate links. We may receive a commission for purchases made through these links.
POSTERS
‹ ›

6.6
In 1941, Winston Churchill recognizes at the start of World War II that Britain will have to use untried methods to defeat the Nazis. He orders the creation of a secret agency called the Special Operations Executive (SOE) by merging three existing agencies. Unlike other secret agencies, the SOE's mission includes the use of any and all potential resources, which means that it must also invest in the formation of a secret army of spies that has women in it. Vera Atkins, the so-called spy-mistress of the SOE, recruits two unique women to send to France to gather intelligence and undermine the influence of the Nazis: Virginia Hall isn't British or in perfect fitness. She's an American. She has a wooden leg. Yet, she is also ambitious and has grit. Noor Inayat Khan is an Indian Muslim who doesn't even believe in violence. Yet, she is inspired to do her part to end the war. At first glance, these two women look nothing like what the Germans would expect, which is why they are perfect for the job.
MOST POPULAR DVD RELEASES
LATEST DVD DATES
[view all]