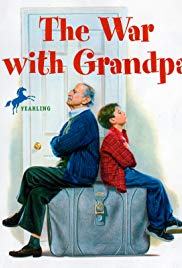 NR
Based on a popular children's book, The War with Grandpa is about a boy who gets kicked out of his bedroom when his grandpa decides to move in. The boy is unhappy with his new bedroom located in the dark and creepy attic upstairs. To get his old room back, the boy decides to make his grandpa's stay miserable and declares an all out war. Instead of moving out of the bedroom, his grandpa drafts his own strategies for battle against his grandson.
MOST POPULAR DVD RELEASES
LATEST DVD DATES
[view all]