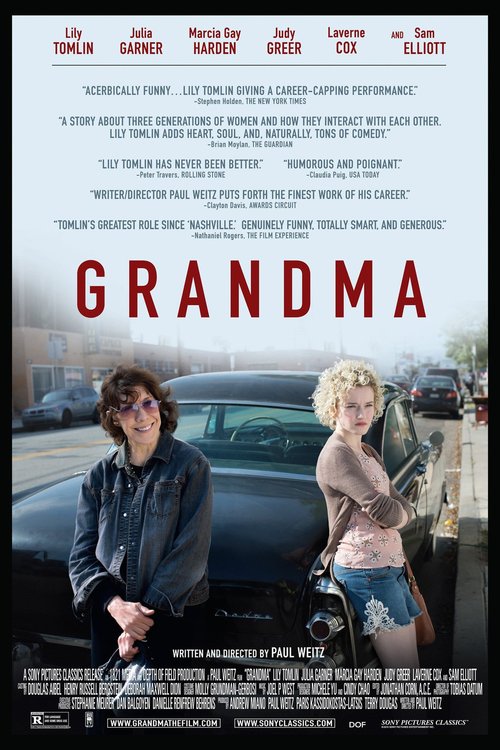 6.9
Elle is a hip grandmother who is trying to deal with the recent split from her girlfriend. When her granddaughter suddenly shows up in need of some cash before the end of the day, her grandmother needs to get creative to raise the money because, at the moment, she is broke. They both spend the day trying to raise money as their surprise visits to mates and old friends ends up uncovering surprising secrets and truths.
MOST POPULAR DVD RELEASES
LATEST DVD DATES
[view all]