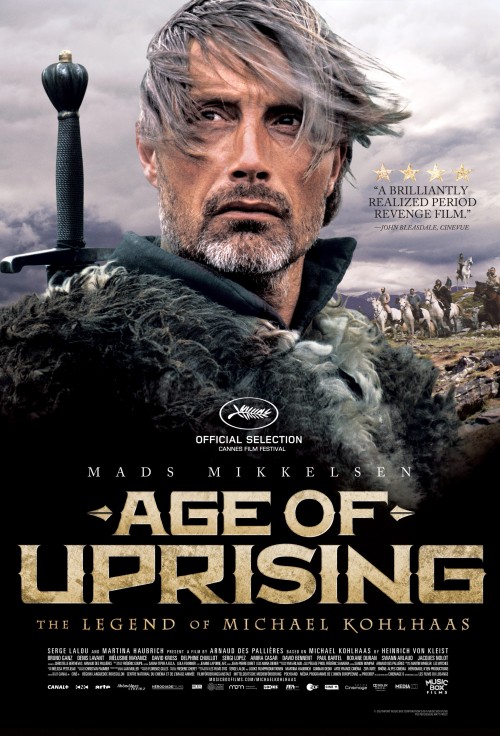 Age of Uprising: The Legend of Michael Kohlhaas (2013)

UR Drama, History
The products below contain affiliate links. We may receive a commission for purchases made through these links.
POSTERS
‹ ›

6.1
Age of Uprising: The Legend of Michael Kohlhaas is loosely based on the celebrated early nineteenth century novel Michael Kohlhaas by Heinrich von Kleist. Long ago in the Cevennes, a merchant was robbed of his livelihood by a cruel feudal lord. When it seems that justice will be ignored, the merchant (Kohlhaas) raises a fighting force to take back what is his in a terrible and obsessed quest for revenge. Michael Kohlhaas will stop at nothing to reclaim what has been taken from him, and his military might and daring in combat are the stuff of legends. This is an ancient story of the law of the land against the individual's civil rights.
MOST POPULAR DVD RELEASES
LATEST DVD DATES
[view all]