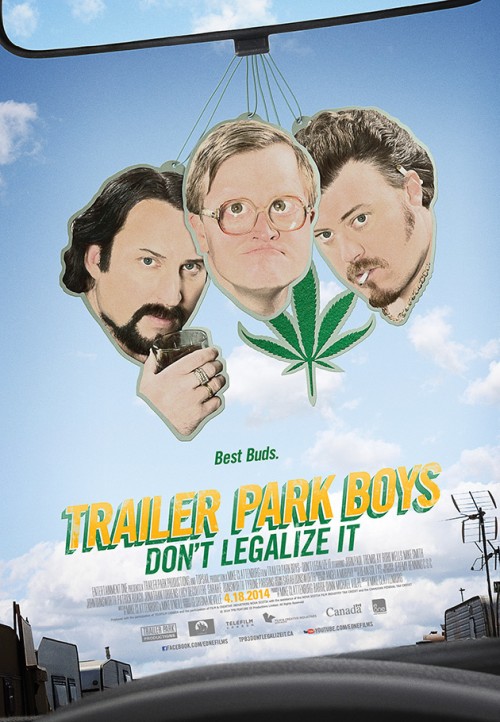 TV-14 Comedy
The products below contain affiliate links. We may receive a commission for purchases made through these links.
POSTERS
‹ ›

7.3
Get ready for another crazy adventure of questionable legality with the Trailer Park boys. Ex convict Julian finds himself free from prison, but without any money. Tired of living off of petty crimes, he hatches a plan. To get rich, he must travel to Montreal to make a deal with his enemy Cyrus. At the same time, Ricky's marijuana grow operation is about to lose it's profitability as the Canadian government announces a deal for marijuana legalization. Ricky travels to Ottawa, hoping that his pleas to keep the drug illegal will keep his drug operation profitable. As Ricky tries to convince the Canadian government to halt their decriminalization of marijuana, Bubbles joins him on the journey in order to receive his parent's inheritance. However, they're pursued by the Ex-Park Supervisor Lahey and his shirtless croney Randy. With a thirst for revenge against the trio, the pair hopes to lock all three of their former chargers locked up, and will follow the Trailer Park boys to Parliament Hill to ensure justice.
MOST POPULAR DVD RELEASES
LATEST DVD DATES
[view all]