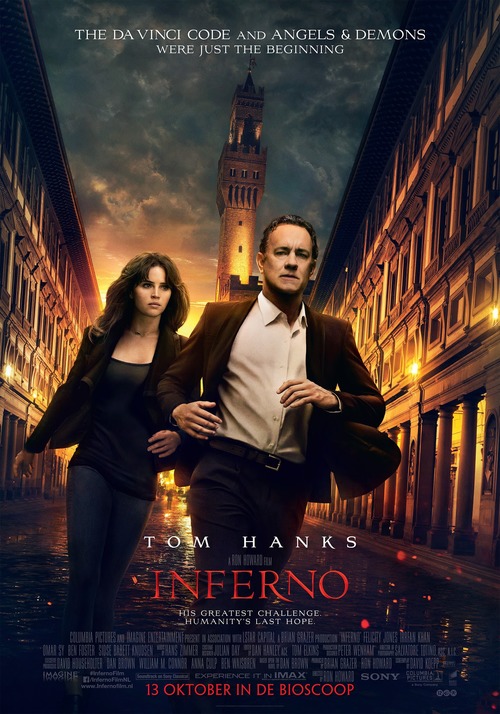 6.2
After the events in Angels & Demons, Robert Langdon wakes up in an Italian hospital in Florence injured and confused. Some of his short-term memories from the previous days no longer exist. He soon finds himself chasing two mysteries: He needs to solve the mystery of his memory loss. He also solve a mystery involving the hidden location of a plague designed to kill a large portion of the Earth's population. With the help of Dr. Sienna Brooks, Langdon uses his knowledge and experience from past adventures and the study of symbols to get to the bottom of these mysteries.
MOST POPULAR DVD RELEASES
LATEST DVD DATES
[view all]