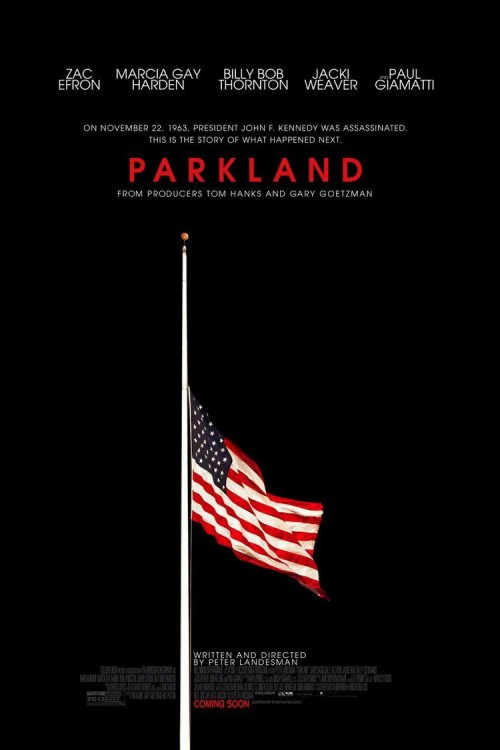 PG-13 Drama, Mystery, Thriller
The products below contain affiliate links. We may receive a commission for purchases made through these links.
POSTERS
‹ ›

6.4
Parkland is a historical fiction film that recreates and explores the events immediately surrounding the infamous assassination of President John F. Kennedy in Dallas, Texas. The movie takes its name from the hospital in which the president and his assassin, Lee Harvey Oswald, are both pronounced dead. Utilizing a mixture of vintage newsreel footage and dramatic re-enactments, the film covers the events of four days around the assassination, beginning November 22, 1963, and attempts to capture the chaotic state of the United States afterwards. In the midst of nation-wide hysteria, Parkland offers glimpses at the media's frenzied coverage of the story, the different reactions of Lee Harvey Oswald's family members to his role in President Kennedy's assassination, the story of the hapless cameraman who captured the historical event on 8mm film, and the inauguration of President Kennedy's successor, Lyndon B. Johnson. Parkland attempts to illustrate a contrast between the circumstances of President Kennedy and Lee Harvey Oswald's deaths, the conditions of their burials, and their respective immediate and lasting impacts on the world, as well as show how key figures in the country and both men's lives are connected to the chain of events.
MOST POPULAR DVD RELEASES
LATEST DVD DATES
[view all]