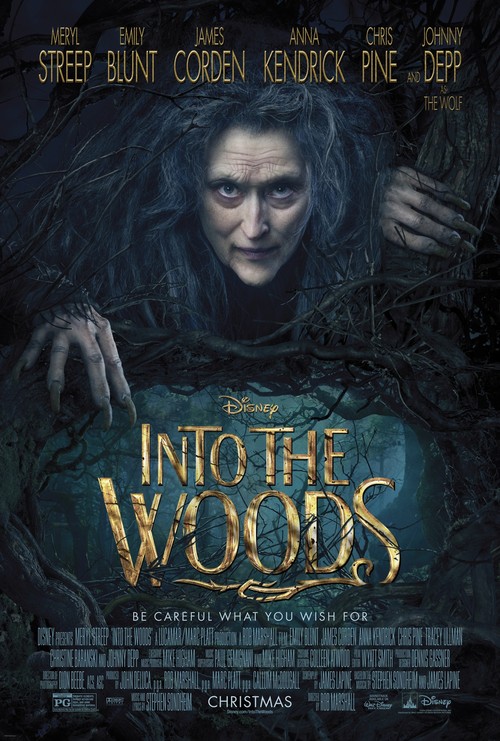 PG Comedy, Family, Fantasy
The products below contain affiliate links. We may receive a commission for purchases made through these links.
POSTERS
‹ ›

5.9
A musical take on the Brother's Grimm collection of children's stories that also takes a bit of an odd turn at the stories as well. All the classic stories are here including Rapunzel, Jack and the Beanstalk, Cinderella and Little Red Riding Hood. All the classic tales are wound into a story involving a baker and his wife. The couple has been trying for years to have children of their own but have been kept from their goal by what they believe to be a curse by a local witch. The couple must find a way to convince the witch to lift the curse so that they can live happily ever after.
MOST POPULAR DVD RELEASES
LATEST DVD DATES
[view all]