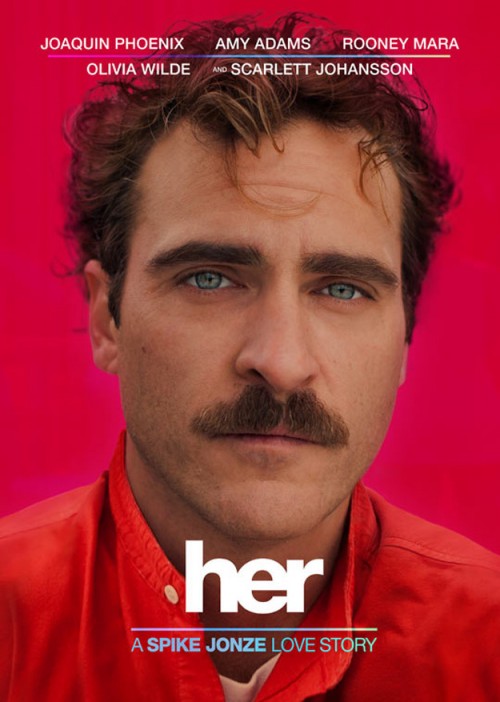 R Drama, Romance, Science Fiction
The products below contain affiliate links. We may receive a commission for purchases made through these links.
POSTERS
‹ ›

8.2
Writer Theodore Twombly spends his time composing meaningful and personal letters for other people. After the end of a long relationship, Theodore searches for a salve for his loneliness and finds information about a computer program that claims to be artificially intelligent and individual to each person that uses it. Intrigued, he tries it for himself and is delighted to meet "Samantha," a cheerful, sensitive, and funny female voice. Her insightfulness and his loneliness cause them to slowly grow together, and as their desires for each other grow, their friendships progresses slowly to a strong mutual love. Together, Samantha and Theodore try to overcome the difficulties of a romance between man and machine.
MOST POPULAR DVD RELEASES
LATEST DVD DATES
[view all]