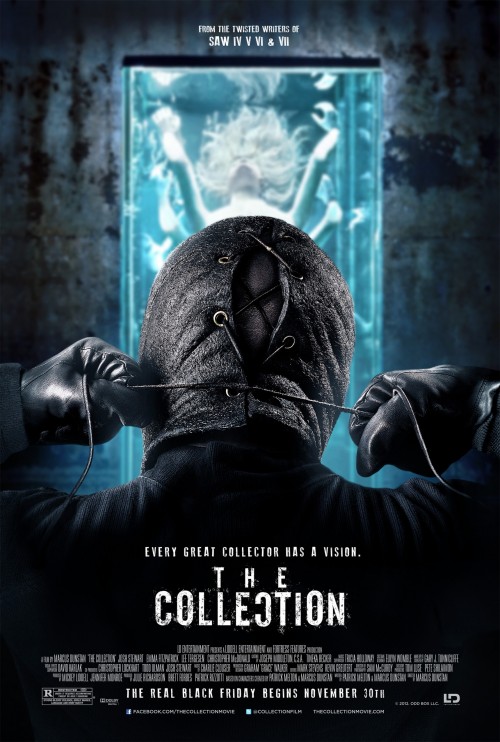 6.1
The television broadcasts news about a manhunt for The Collector. Elena goes to a party, where she spots her boyfriend cheating. She enters another room and rescues Arkin from a trunk. The rescue starts a series of traps that kill all the other guests. The Collector captures Elena, while Arkin escapes by jumping from a window. Arkin is approached by Lucello, who has put together a team to rescue Elena. Arkin leads the team to The Collector's warehouse. Elena escapes and hides, but The Collector is too distracted by alarms to search for her. The team is attacked by victims of The Collector, and as they search they are killed by traps. Arkin searches for an exit and tries to avoid The Collector. The Collector recaptures Elena. Arkin and the other survivors find her but they are captured. The group escapes from their cage and flees. The Collector confronts them, but Lucello holds him in place until Arkin can throw his body down a chute. As the building burns, firemen hears Elena's screams...
MOST POPULAR DVD RELEASES
LATEST DVD DATES
[view all]