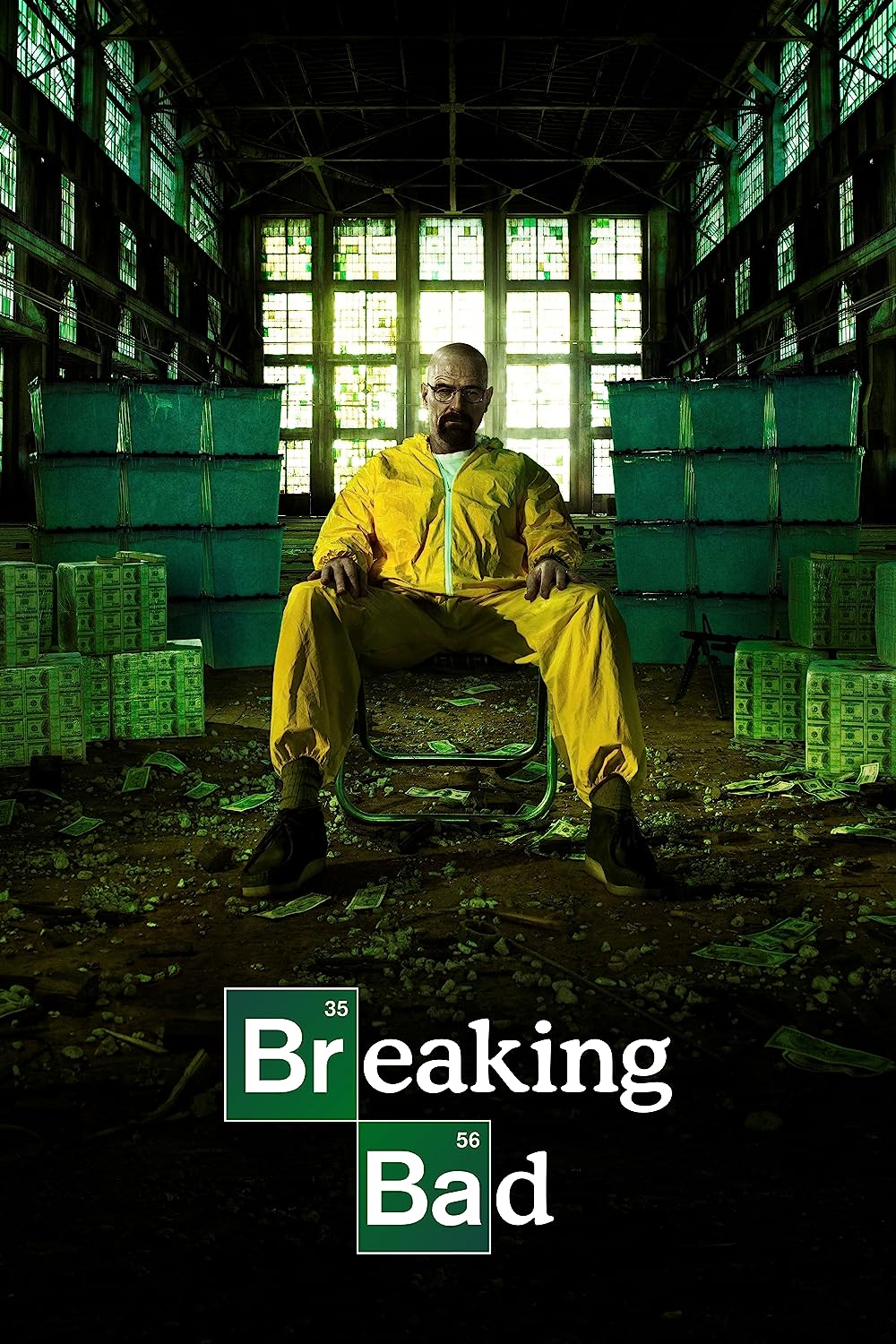 9.5
Walter White is a milquetoast high school chemistry teacher with a pregnant wife and a permanently handicapped teenage son. For the most part, Walter seems to shuffle through life with his head down, but a peek into his classroom reveals flashes of passion when he speaks of chemistry. A Nobel Prize plaque hanging on the wall of his modest home also suggests that there is more to Walter than meets the eye. During the first episode, Walter learns that he has terminal cancer and will never see his unborn child grow up. Obsessed with providing a financial cushion for his family, Walter throws morality to the wind and begins making methamphetamine with one of his former students, Jesse Pinkman. Walter's passion for chemistry leads him to develop an ultra-pure product, and he quickly earns enough money to care for his family. In the process of doing so, however, Walter gets his first taste of power and is instantly addicted. Over the next two years, Walter justifies one immoral act after another as necessary to protect his family as his own behavior puts them into one dangerous situation after another. However, he manages to use his ruthless genius to come out on top every time. He is riding higher than ever when everything crashes. Walter loses his family, his friends,and all but $9 million of his money. He briefly considers giving up, then rallies and makes a final stand.
MOST POPULAR DVD RELEASES
LATEST DVD DATES
[view all]