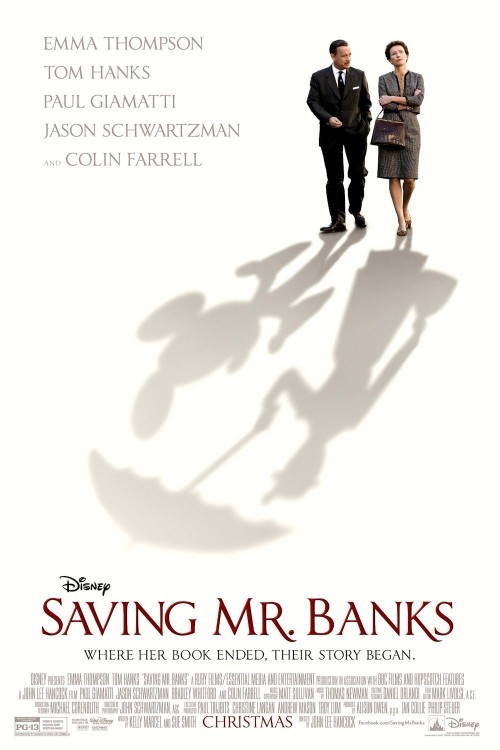 PG-13 Comedy, Drama, History
The products below contain affiliate links. We may receive a commission for purchases made through these links.
POSTERS
‹ ›

7.5
Walt Disney made a promise to his daughters when they were young, and now he is determined to keep it. The pledge was to make a movie version of their beloved tales of Mary Poppins, a magical nanny who transforms the lives of the members of the Banks family. George Banks is a workaholic father who lords his authority over everyone in his wealthy household, while his wife Winifred has activist leanings but is timid in his presence. Jane and Michael act up out of loneliness, causing all of their nannies to quickly abandon them, hence the need for Mary Poppins. Walt is determined to get the movie made, but first, he must woo author P. L. Travers, who does not trust his vision. She fears that the story that makes it onto the big screen will not properly reflect the heart of her tale, and her meetings with the songwriting team of Richard and Robert Sherman do little to assuage her anxiety on that score. Walt must turn on his charm to his highest wattage in order to win her over and make his movie, while she brings him deeper insights into what the story is really all about.
MOST POPULAR DVD RELEASES
LATEST DVD DATES
[view all]