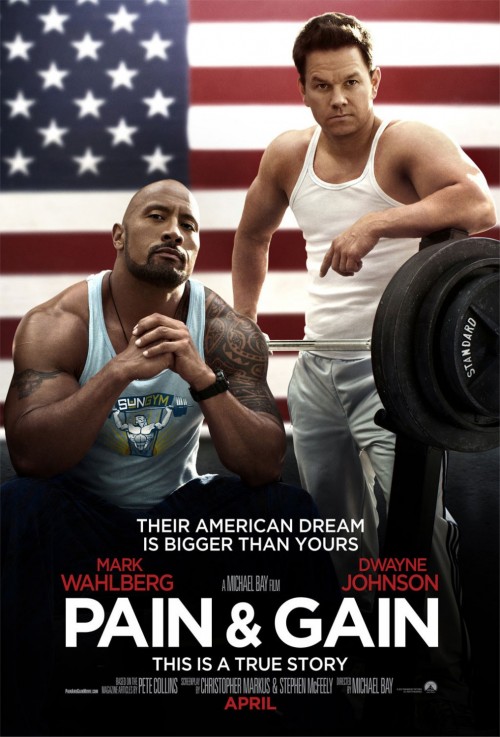 6.4
Pain & Gain, directed by Michael Bay, is a 2013 film based on a story originally appearing in a series of Miami New Times articles in 1999. The storyline depicts violent acts of kidnapping and extortion performed by bodybuilders, all associated with Sun Gym. Main character Daniel Lugo, played by Mark Wahlberg, is a personal trainer at the gym. Lugo becomes intrigued by the lifestyle of one his clients, Victor Kershaw. Lugo believes that he is a successful criminal and decides to kidnap and torture Kershaw in order to gain his business. After successfully stealing his riches, Lugo and his team, the "Sun Gym Gang," attempt to kill Kershaw. They are unsuccessful in their endeavor and the escaped Kershaw seeks the help of a retired private investigator Ed Du Bois III to help him out the Sun Gym Gang. Meanwhile, the gang attempts another kidnapping, targeting the head of a large sex operation, Frank Griga. In attempts to extort them, Lugo accidentally kills both Griga and his wife. The gang eventually gets caught and the Sun Gym Gang await their sentences.
MOST POPULAR DVD RELEASES
LATEST DVD DATES
[view all]