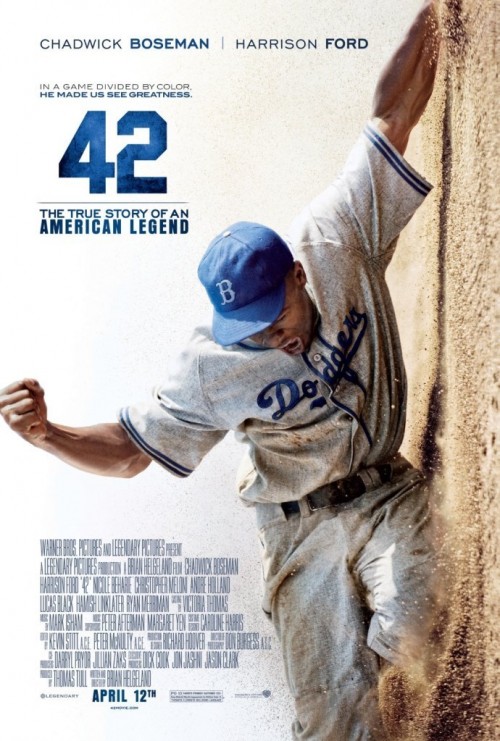 PG-13 Drama, Sport
The products below contain affiliate links. We may receive a commission for purchases made through these links.
POSTERS
‹ ›

7.5
In 1947, the world of professional baseball is a black or white affair, rife with deep-seated prejudice. Branch Rickey, the top executive for the Brooklyn Dodgers, decides to change the game by recruiting the talented Jackie Robinson, who plays for a Negro League team. The pair of men join forces to bring color and life to professional baseball. Though Robinson endures threats from both on and off the field, he perseveres, determined to play the game to the best of his ability. Faced with boycotts, hate mail from furious baseball fans, and refusal of service from establishments when traveling, it seems Robinson's entry into this world might fracture the team once and for all. But when an opposing team manager taunts Robinson during a game, the Dodgers rally around him; a bond of unity is created, and Jackie Robinson becomes an unstoppable force. Amidst ignorance and discord, a group of athletes will show the world what it means to be one.
MOST POPULAR DVD RELEASES
LATEST DVD DATES
[view all]