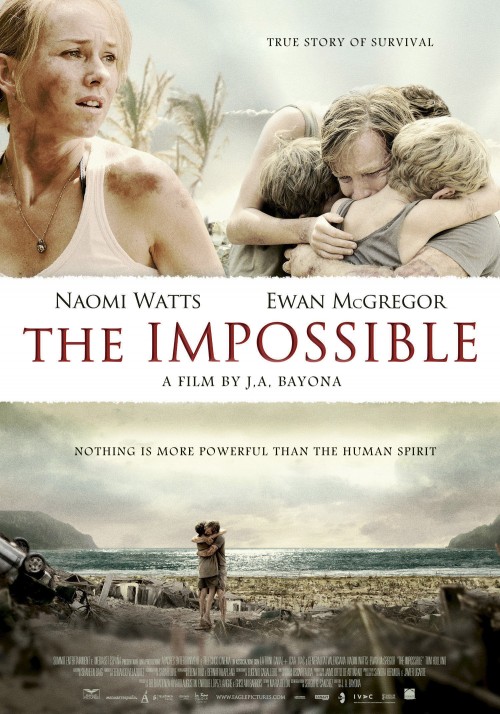 7.6
A normal family consisting of Maria, her husband Henry and their three children, journey to Thailand for a Christmas vacation. The family is upgraded to fabulous accommodations on the beautiful coast. They settle in to their hotel room and exchange Christmas gifts with each other, and then prepare to enjoy the resort. Once relaxing at the pool, the family begins to hear a faint roar which quickly becomes louder. Instantly, a tsunami produces a disastrous wave that engulfs the resort and much of the island. During this devastating event, Maria and her oldest son are quickly swept away. Meanwhile, Henry and the youngest child are swept away in a completely different direction. Maria is seriously wounded during the event, and she and her son must find safety. At the same time, they have no idea if the rest of the family has survived the tragedy.
MOST POPULAR DVD RELEASES
LATEST DVD DATES
[view all]