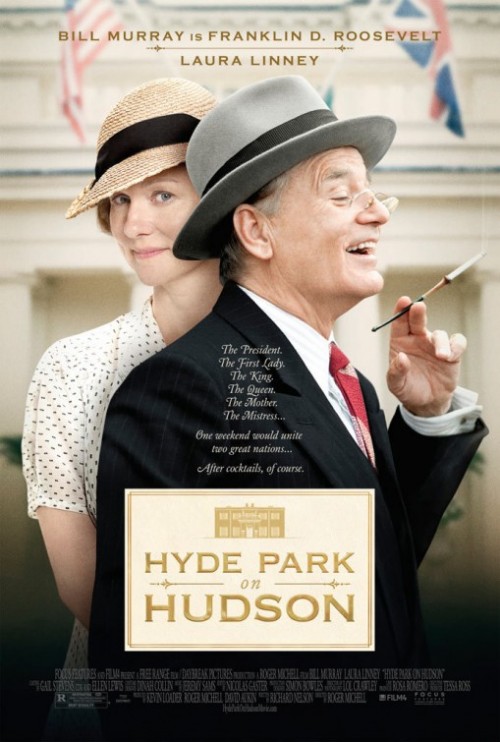 R Comedy, Drama, History
The products below contain affiliate links. We may receive a commission for purchases made through these links.
POSTERS
‹ ›

5.9
Hyde Park on Hudson is a historical fiction film based on United States President Franklin Delano Roosevelt. The film takes an in-depth on one weekend when the King and Queen of England visits the President at his manor in Hyde Park, New York, as the King and Queen try to gain the support of the Americans in the upcoming war against Germany. Roosevelt quickly bonds with the British King over their handicaps, and agrees to help support the British. The film also focuses on the President's romantic life, which included a lot of affairs, most notably with a distant cousin named Daisy.
MOST POPULAR DVD RELEASES
LATEST DVD DATES
[view all]