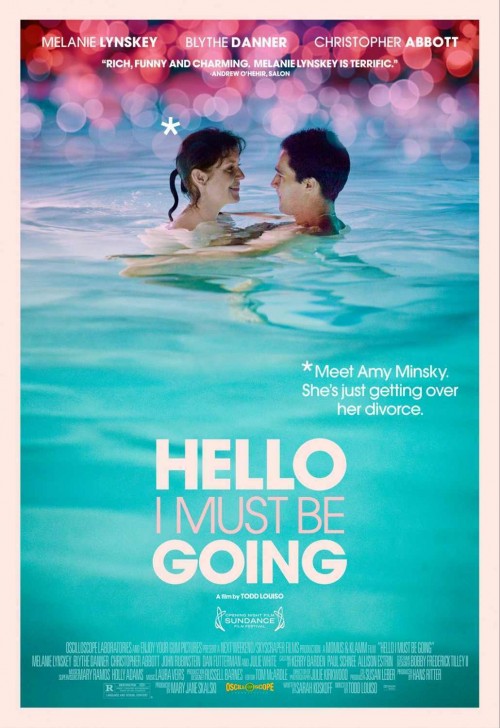 6.2
?Hello I must be going? is a romantic comedy concerning a young divorced woman experiencing the pain of loss and the confusion of unwanted change that many people experience when their lives deviate from their expectations. Amy is the main character that goes through a difficult emotional period after her marriage comes to an end. As something that would be considered a return to the nest, she moves back into her parent?s house in Connecticut, seeking some stability and a base from which to assess the changes in her life. Amy seems to be floundering, however, until she meets some friends of her parents. They have a 19-year-old son, Jeremy, and Amy finds herself unexpectedly attracted to him, even though he is much younger than she is. Amy finds that this relationship, even though it is fraught with challenges, reawakens her spirit and renews her joy of life. She develops an appreciation of the fact that life will have its ups and downs, but that the human spirit wants to live and flourish, and that quite often, new paths appear from unexpected sources.
MOST POPULAR DVD RELEASES
LATEST DVD DATES
[view all]