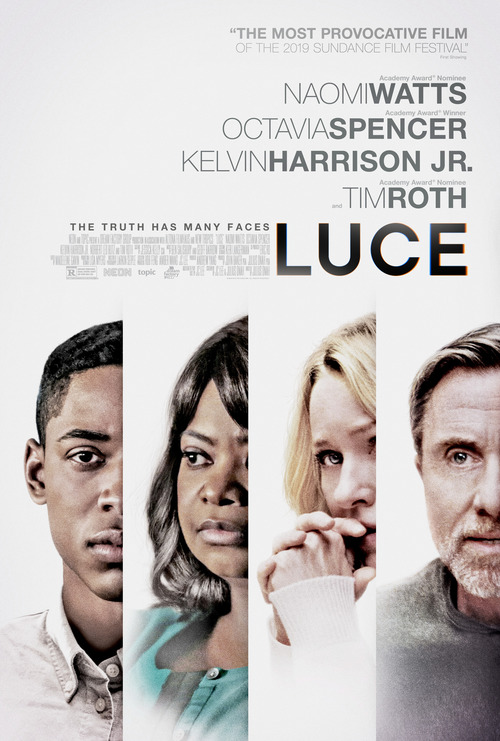 6.6
After being adopted by white American parents who rescue him from the conflict-ridden African country of Eritrea, young Luca seems to have left his complicated past behind him. With the help of his caring adoptive parents, Luca converts into a model American high school student. His parents and community take pride in his achievements in academics, local sports and as a standout member of his high school's debate team. When his mentor, Harriet, finds something disturbing in Luca's locker, the teenager's model reputation comes into question. This thought-provoking thriller fosters debate and questions perceived notions.
MOST POPULAR DVD RELEASES
LATEST DVD DATES
[view all]