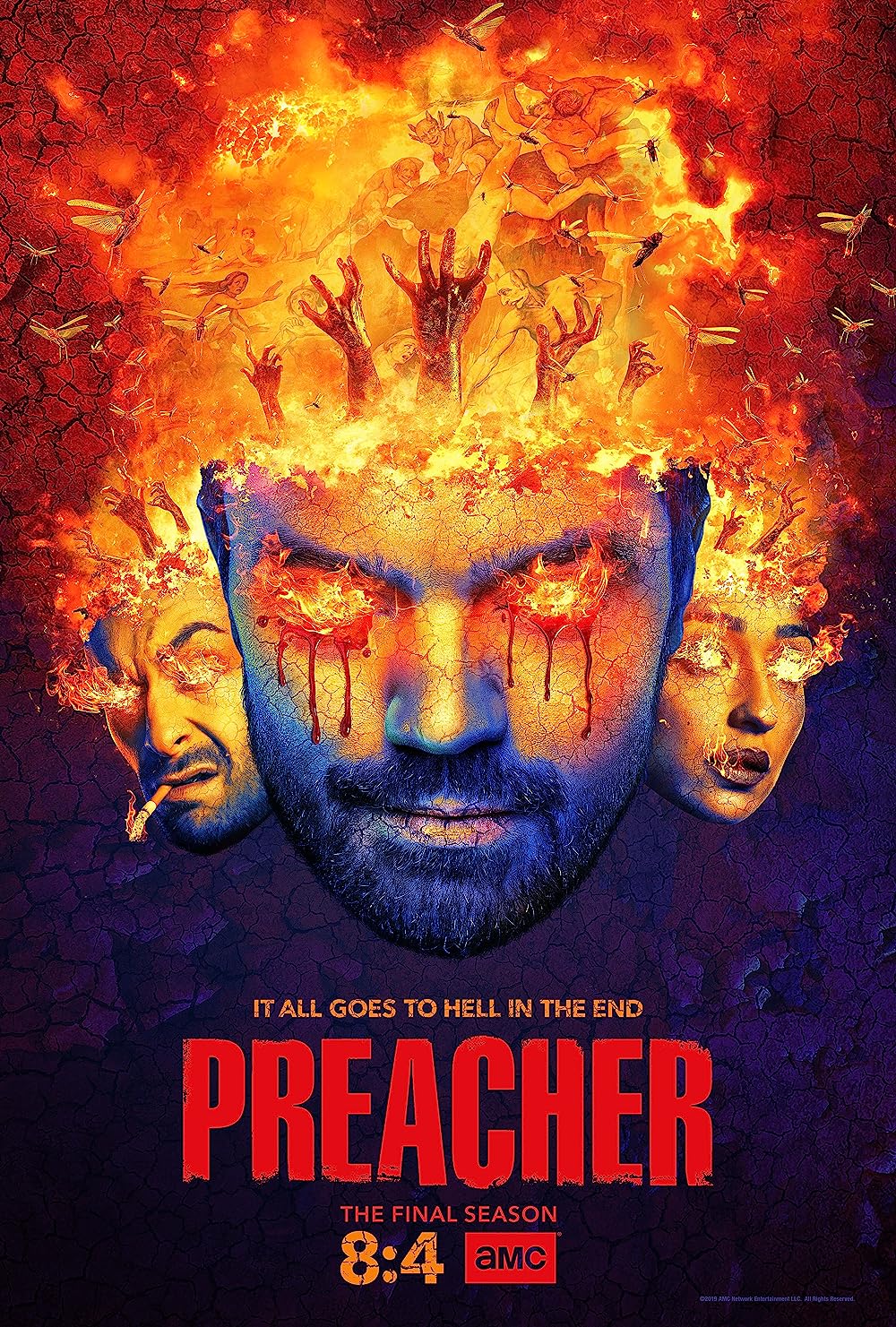 7.9
When the offspring of an angelic and demonic union possesses Jesse Custer, the small town preacher sets out on a cross-country journey in search of the one being who can give him some answers. However, God is a difficult being to find. The road to answers turns out to be a bloody one. With the aid of assassin Tulip and Irish vampire Cassidy, Jesse faces off against angels and demons, a human conspiracy led by a scarred madman, an undead cowboy called the Saint of Killers as well as the seedy members of his family clan on his quest.
MOST POPULAR DVD RELEASES
LATEST DVD DATES
[view all]