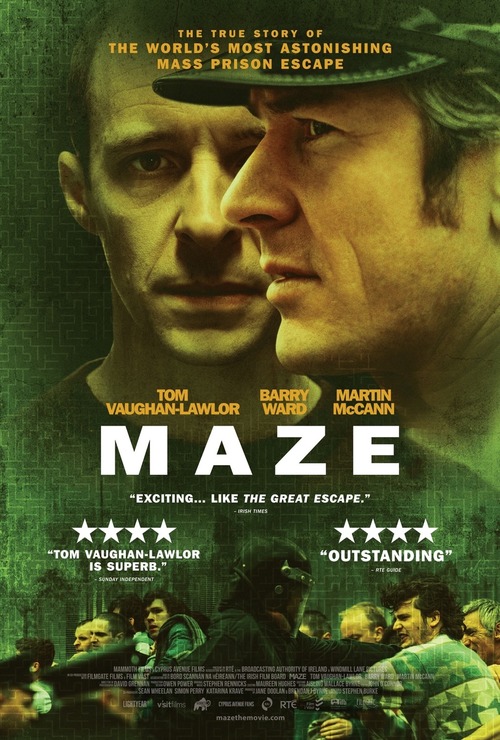 NR Adventure, Crime, Drama
The products below contain affiliate links. We may receive a commission for purchases made through these links.
POSTERS
‹ ›

5.9
During The Troubles, Irish nationalists in Northern Ireland used military actions and street violence to attempt to leave the United Kingdom to create a whole united country. Many soldiers of the Irish Republican Army were captured and detained in prisons controlled by the British government. At the Long Kesh Detention Centre in Northern Ireland, also known as Her Majesty's Prison Maze or Maze Prison, an IRA prisoner named Larry Marley becomes frustrated that his sons are growing up without him. He also feels angry that the guards and others mock and disrespect the IRA and its cause. Marley believes that the prisoners must retaliate. He starts to volunteer for work around the prison in an attempt to find flaws in its design. By 1983, he has a plan: He's going to lead a large-scale breakout from the most secure prison in Europe.
MOST POPULAR DVD RELEASES
LATEST DVD DATES
[view all]