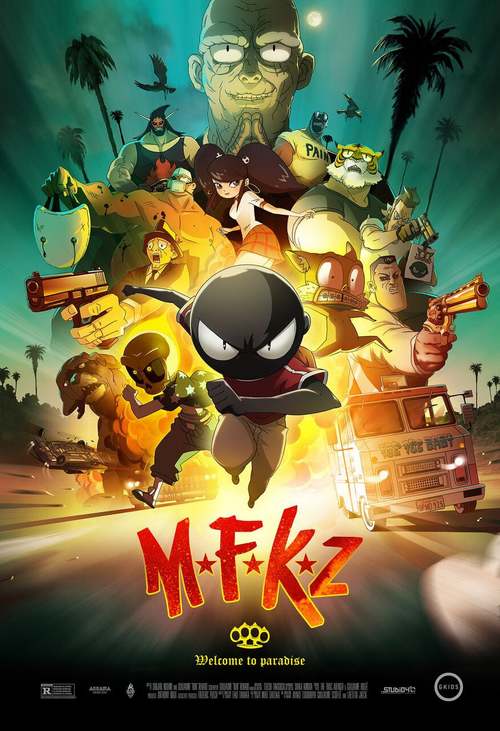 6.9
MFKZ may be anime, but it's definitely not for kids. Angelino lives in the slums of Dark Meat City with his pet cockroaches and his skull-headed friend Vinz. When he discovers a plot to invade Earth by aliens known as the Macho, it's up to him to stop them in a colorful, frenetic, and rudely funny adventure. The only problem is that Angelino doesn't have much in the way of brains, skills, or anything else.
MOST POPULAR DVD RELEASES
LATEST DVD DATES
[view all]