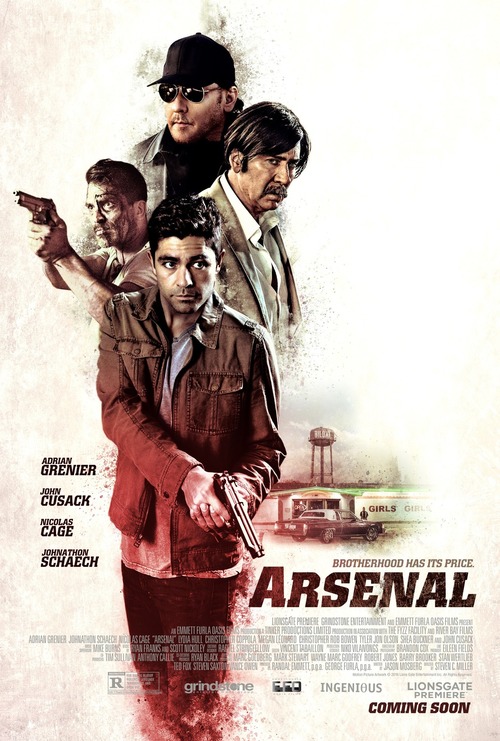 4.0
Arsenal is the story of two brothers, Mikey and JP Linedel. As kids, the two were inseparable and heavily relied on one another for. As adults, however, JP makes his living running a construction company, while his brother has turned to a life of crime as a southern mobster. When the crime boss, Eddie King, kidnaps Mikey and holds him for ransom, JP is left with no choice but to team up with his brother's old friend, Sal, a detective, for help. Driven by love and vengeance, JP will stop at nothing to rescue his brother.
MOST POPULAR DVD RELEASES
LATEST DVD DATES
[view all]