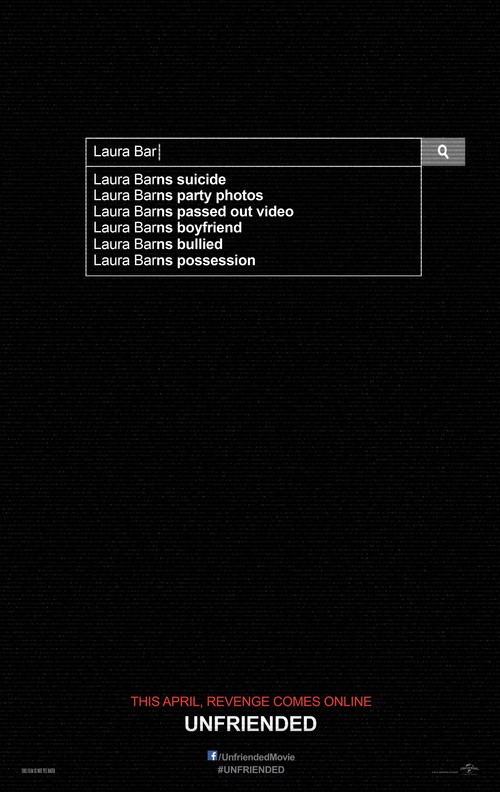 5.6
Six teenagers are sitting around video chatting one evening a year after their classmate's death. It's an ordinary chat session until someone who appears to be their dead friend joins in. None of them believe at first that they are really dealing with a ghost, but this person knows every one of their friend's deepest and darkest secrets. It seems apparent that she really is supernatural, and it unfortunately transpires that she means them harm. They must put their heads together in order to figure out what to do about this otherworldly threat and avoid being sucked into its madness.
MOST POPULAR DVD RELEASES
LATEST DVD DATES
[view all]