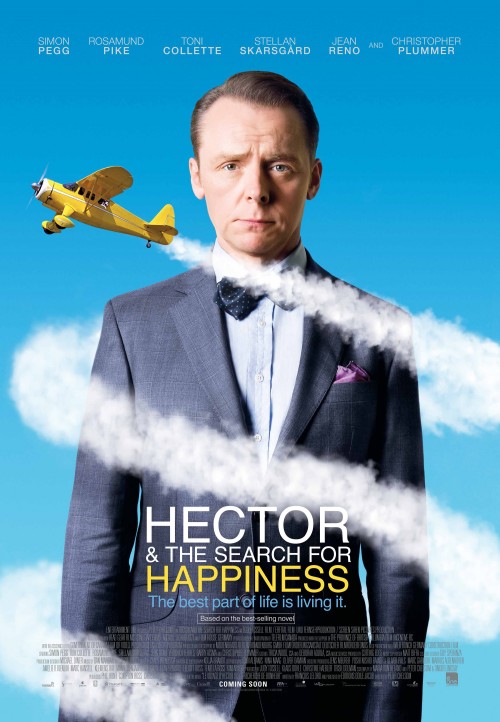 Hector and the Search for Happiness (2014)

R Adventure, Comedy, Drama
The products below contain affiliate links. We may receive a commission for purchases made through these links.
POSTERS
‹ ›

6.9
This romantic comedy follows Hector, a disillusioned psychiatrist, as he sets out on a worldwide voyage to find the true meaning of happiness. Dismayed at his inability to help those dissatisfied with life, the title character abruptly decides to throw caution to the wind and embarks on a journey around the world to definitively discover what satisfies people and provides them with peace. His adventure provides him with the opportunity to meet a variety of people who all have their own views about what satisfaction and joy mean. Initially stunned and disappointed at the sheer number of ways people have found to be content with their lives, Hector eventually discovers that the key to happiness is both more simple and more interesting than he thought.
MOST POPULAR DVD RELEASES
LATEST DVD DATES
[view all]