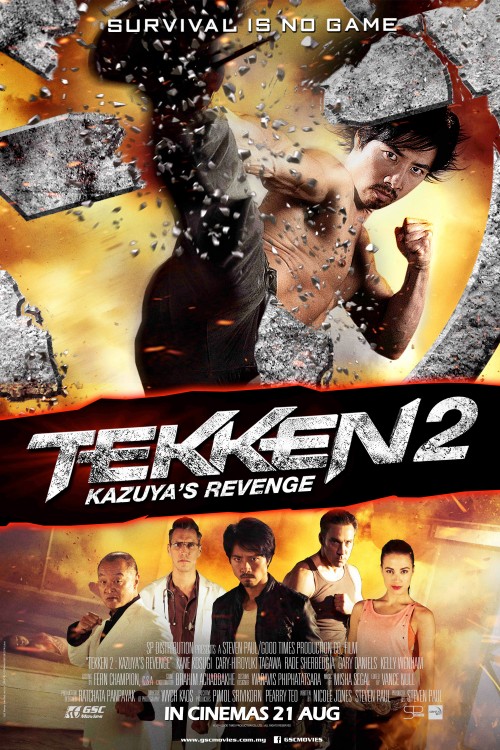 NR Action
The products below contain affiliate links. We may receive a commission for purchases made through these links.
TRAILER

2.8
Based on the award winning arcade fighting classic video game series, Tekken: Kazuya's Revenge is the sequel to 2010's Tekken film. Long time fans of the games will recognize this as an adaptation of Kazuya's story from Tekken 2. In this saga of mystery, intrigue, and martial arts; a young hero awakens to find that he has lost his identity. He is called 'Mister X'. He must discover who he really is after being kidnapped by a terrifying crime syndicate. The criminals force him to train as an assassin, granting him martial arts prowess like few before him. He will have to use all of those skills to regain his true identity and have his revenge. Will Kazuya recover his identity? And who is behind the evil crime syndicate?
MOST POPULAR DVD RELEASES
LATEST DVD DATES
[view all]