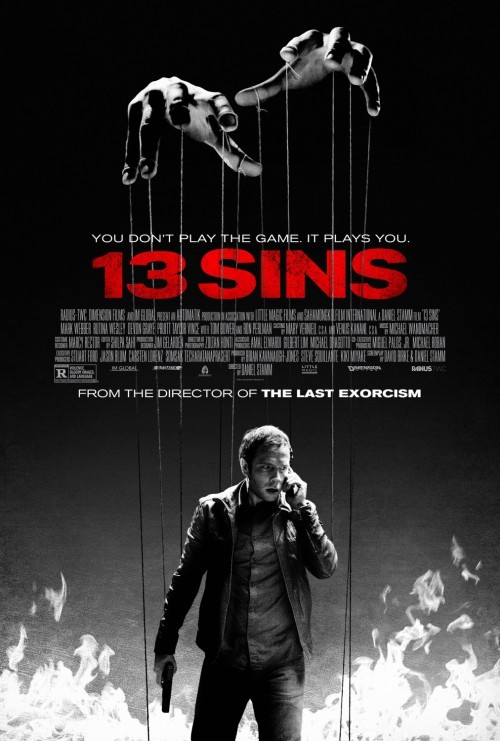 6.3
Elliot Brindle is an ambitious, intelligent, timid salesman with high hopes of a happy future with his soon-to-be wife. The only problem is ? Elliot is swamped with debt, and desperate for help clearing his financial strains. He has all but given up when an out-of-the-blue phone call changes his entire life. Informed that he is on a game show with hidden cameras, Elliot is told that if he completes 13 tasks, $6.2 million will automatically draft to his bank account. Skeptical, Elliot completes the first 2 tasks of killing and eating a fly, after which thousands of dollars appear in his savings. This fuels his belief, and he consents to completing the 11 remaining tasks. However, the missions must be completed exactly as the caller says, or every penny of his earnings will be lost. Beginning small, Elliot goes through task after task until they become sinister, and he realizes too late that he?s trapped in a madman?s game. With elevating horror and fleeing hope, Elliot must decide if the promise of money is worth the loss of his soul.
MOST POPULAR DVD RELEASES
LATEST DVD DATES
[view all]