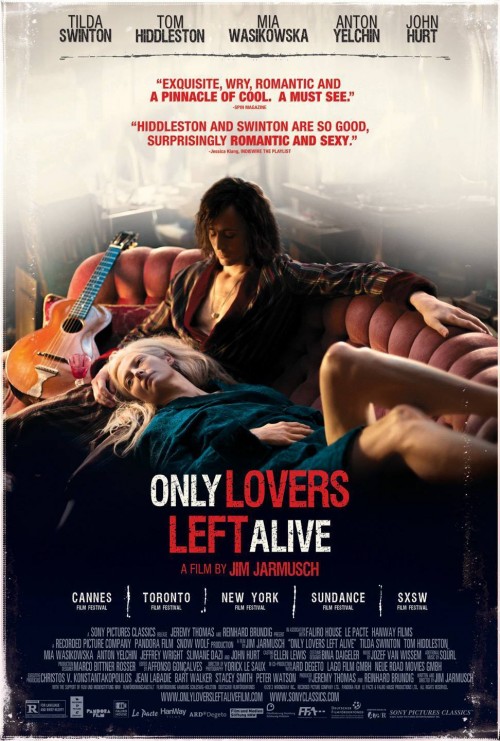 R Drama, Horror, Romance
The products below contain affiliate links. We may receive a commission for purchases made through these links.
POSTERS
‹ ›

7.2
Against the backdrops of Detroit and Tangiers, underground musician Adam, played by Tom Hiddleston, who is a centuries old vampire, reunites with his estranged wife, Eve, played by Tilda Swinton, when the overwhelming decay of humanity depresses him. Adam has influenced many musicians and scientists over the centuries, and he maintains a fan following, even as a recluse, but that does nothing to cheer him. Once reunited with Eve, they are happy, and they enjoy each other's company, playing chess and eating blood popsicles. Their idyllic love is interrupted when her uncontrollable and wild sister (Mia Wasikowska) arrives. As a result, these wise yet fragile beings struggle to survive as their blood supply runs low, and the secrecy of their identities is threatened.
MOST POPULAR DVD RELEASES
LATEST DVD DATES
[view all]