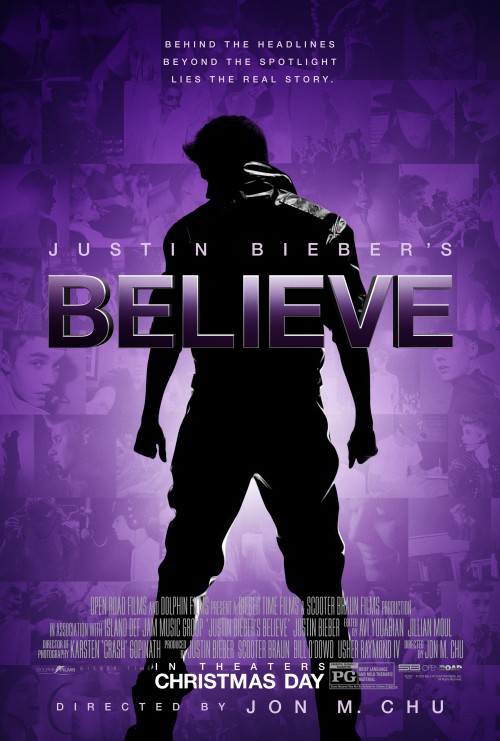 PG Documentary, Music
The products below contain affiliate links. We may receive a commission for purchases made through these links.
POSTERS
‹ ›

1.5
Music fans know all about Justin Bieber's rocket-like trajectory of fame from You Tube music clip to global superstardom, under the guidance of mentor and agent Scooter Braun. Less well known are behind-the-scenes dramas that always seem to unfold under the stress of staging one of the world's must-see shows, and how Bieber stamps each of these eventful evenings with a generous helping of talent, personality and stage presence. Directed by John Chu, best known for his action films Never Say Never and G.I. Joe: Retaliation, Justin Bieber's Believe gives fans a close-up backstage view of the Bieber phenomenon, featuring extended interviews with the singer himself and his loyal posse of sidekicks, including Braun, Usher and Ludacris. Bieber's mother Patti Mallette also puts in an appearance, explaining the joys and the stress of preparing the wiry youngster, who broke in at the tender age of 13, for what the public adulation, press and money would bring.
MOST POPULAR DVD RELEASES
LATEST DVD DATES
[view all]