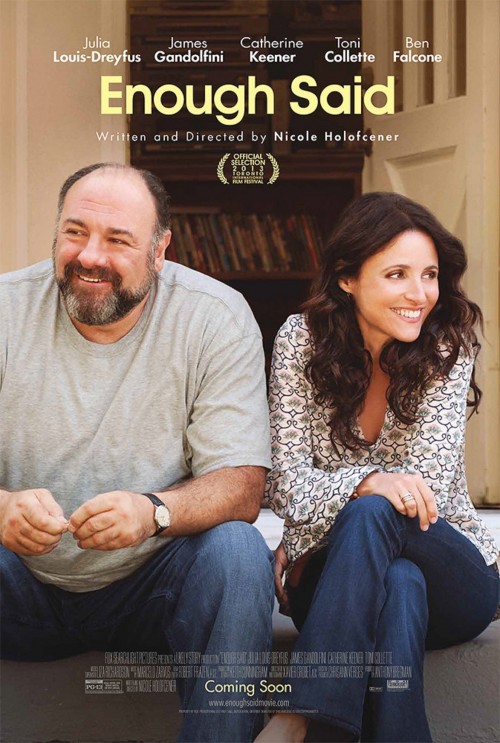 7.0
On the surface, "Enough Said" is a movie about dating someone while secretly hanging out with his ex. If you look deeper, you will realize that the movie is about dealing with the baggage that comes with dating later in life. Eva (Julia Louis Dreyfus) is a massage therapist who takes Marianne (Catherine Keener) on as a client at the same time she starts dating Albert (James Gandolfini). It isn't long before she develops strong romantic feelings for Albert and promotes Marianne from "client" to "friend." That?s when she realizes that Marianne and Albert used to be married. In true movie fashion, Eva doesn?t tell Albert or Marianne that the other person is in her life. Instead, she lets Marianne give her details about her failed marriage to Albert. Marianne is very bitter, so Eva gets a lot of negative information about her new boyfriend. Then, she must decide if it is worth it to stick with Albert, or if she should learn from Marianne's mistakes.
MOST POPULAR DVD RELEASES
LATEST DVD DATES
[view all]