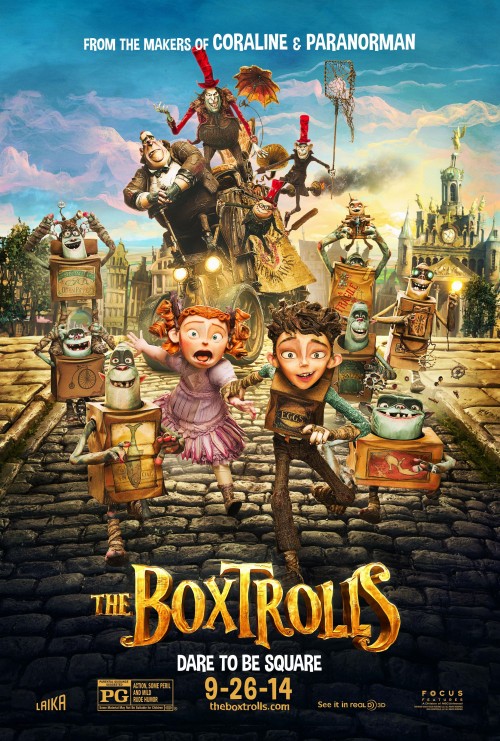 6.8
Raised by underground, cave-dwelling collectors of trash, a young boy named Eggs is determined to save his family of oddballs from evil exterminator, Archibald Snatcher. Dubbed the Boxtrolls because of their habit of wearing cardboard boxes like turtle shells, these strange creatures reside with their orphaned human in Cheesebridge ? a posh, glamorous, Victorian kind-of town where wealth, high society, and the smelliest of fine cheeses reign supreme. It is in this world that the trolls and Eggs attempt to be inconspicuous, as they dumpster-dive and steal bits of cheese to survive. However, when Archibald Snatcher learns of their existence, he puts a plan into action to eradicate them and present them to the locals as his ticket to fame and fortune. With the help of an ambitious, beautiful, open-minded young girl named Winnie, Eggs fights to bridge the gap between his orphan life and the richer community ? all the while protecting the only family he ever knew from a horrible fate.
MOST POPULAR DVD RELEASES
LATEST DVD DATES
[view all]