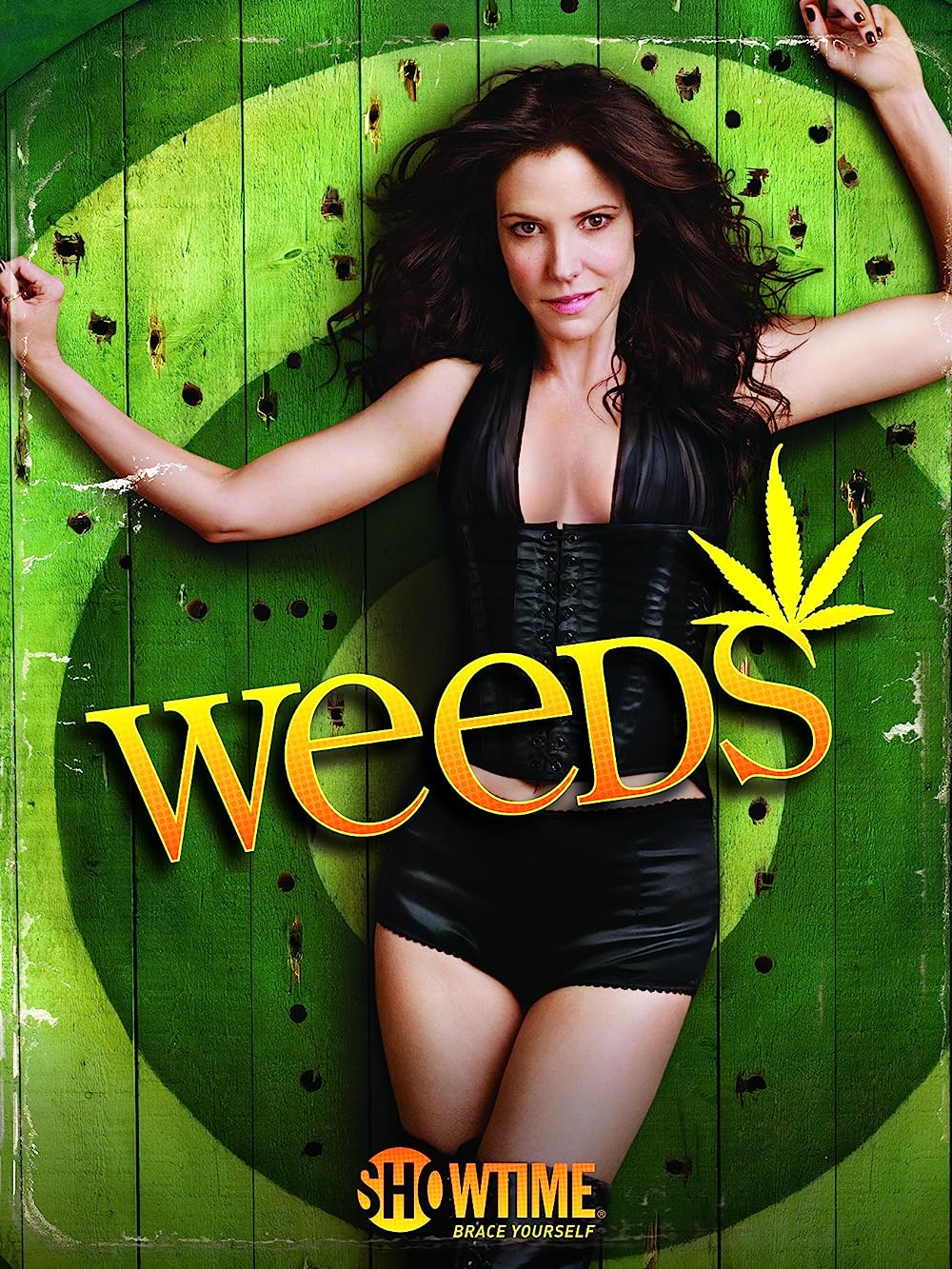 7.9
When Nancy Botwin loses her husband at a young age, she learns that she cannot make enough money to support herself and her two sons. After her brother-in-law Andy moves in with the family, she suddenly has another mouth to feed and even less money available. Nancy develops a relationship with Conrad and his mother, who helps her make money selling marijuana. The show also introduces her neighbor Celia, Celia's husband Dean and their daughters Quinn and Isabelle. Though Celia and Nancy initially dislike each other and compete over everything from clothing to the PTA, they later grudgingly form a close connection after Celia learns she has cancer. As Weeds progresses, Nancy goes from selling marijuana to growing marijuana and later working for a Mexican cartel. She also marries a DEA agent, which complicates the lives of both Nancy and her children. While early seasons take place in the small upscale community where she lived with her family, later seasons moved the family across California and into Mexico. Each season brings new excitement and adventure to this close-knit family.
MOST POPULAR DVD RELEASES
LATEST DVD DATES
[view all]