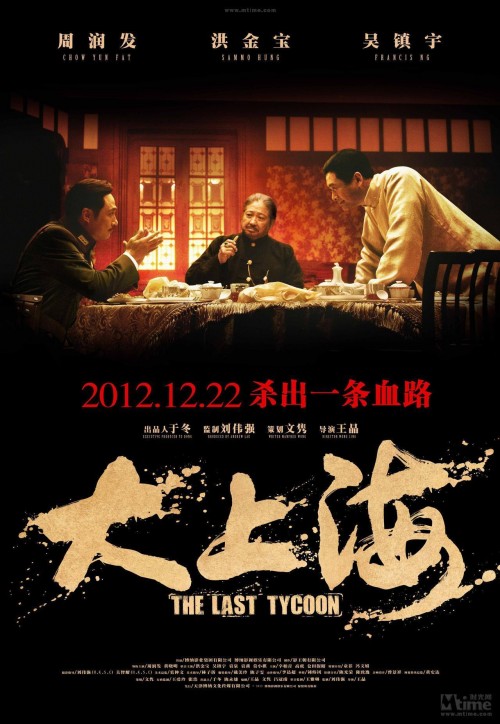 NR Drama, History
The products below contain affiliate links. We may receive a commission for purchases made through these links.
POSTERS
‹ ›

6.6
Set in early 1900?s China, The Last Tycoon chronicles the story of Cheng Daqi. As a young man, Cheng is working in as a fruit vendor and dreams of a bigger life, along with his childhood friend Qiu. Cheng leaves home to find a better life in Shanghai. He finds work, but stumbles upon an affair between his boss?s wife and the chief of police. To cover up the affair, the chief of police falsely charges Cheng with the rape of his boss?s wife and he is imprisoned. Cheng is able to escape from prison along with his new friend Mao, but must leave his life and his true love, Qui behind. He finds work in a casino and methodically ascends the ranks of the underworld to become one of the most powerful crime bosses in Shanghai. He meets and marries Bao during this time, although he still loves Qiu. Eventually Cheng meets up again with Qui, who is now married to a member of the underground resistance. Cheng becomes involved in the dangerous resistance movement against the invading Japanese army and the secret police headed by his old friend Mao.
MOST POPULAR DVD RELEASES
LATEST DVD DATES
[view all]