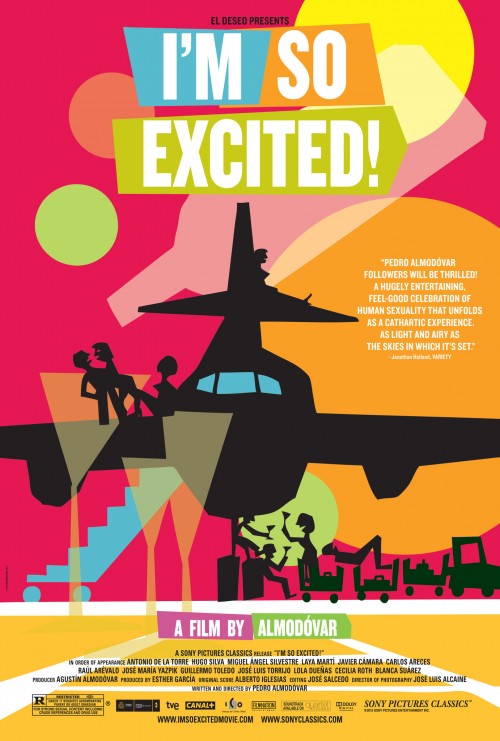 5.6
Just when you thought it was safe to go back in a plane... A wacky comedy from director Pedro Almodovar, I'm So Excited! follows the misadventures experienced aboard Peninsula Flight 2549, a plane that suffers severe technical failures mid-air. In an effort to distract the passengers from a potentially fatal crash, the flamboyant crew - including two bisexual pilots (Hugo Silva, Antonio de la Torre) and a trio of gay flight attendants (Javier Camarra, Raul Arevalo and Carlos Areces) - bands together to entertain their customers and take their mind off turbulent skies. Too bad they didn't realize the passengers are as wild as they are!
MOST POPULAR DVD RELEASES
LATEST DVD DATES
[view all]