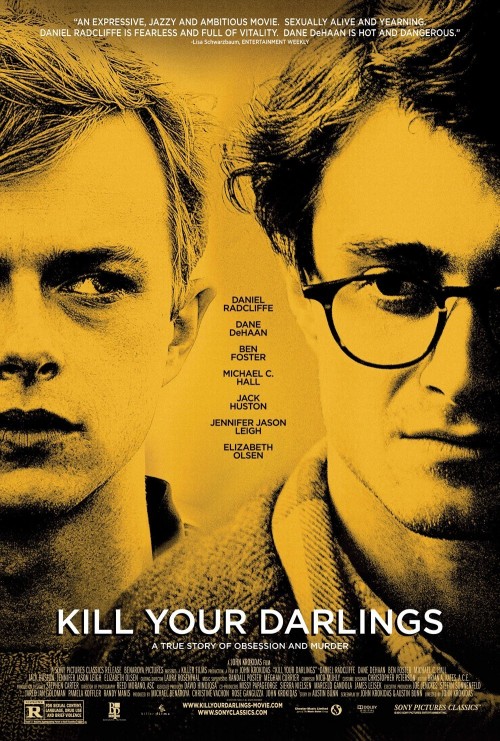 R Drama, Romance, Thriller
The products below contain affiliate links. We may receive a commission for purchases made through these links.
POSTERS
‹ ›

6.4
Kill Your Darlings is a biopic that takes place at Columbia University in 1944. The film follows the renowned Beat Generation poet Allan Ginsberg as he investigates a murder with other fellow Beat writers, such as William S. Burroughs and Jack Kerouac. As Ginsberg falls madly in love with a fellow classmate known as Lucien Carr. Ginsberg begins a friendship with Carr as well as Burroughs and Kerouac to begin one of the greatest counter-culture movements in American history. The conflict of the story comes in when an outside character named David Kammerer falls in love with Lucien, making Ginsberg jealous in the process. Surprisingly, Kammerer dies from enigmatic causes, and Burroughs, Kerouac and Ginsberg are all arrested as potential suspects for his murder. With their futures on the line, they must solve the mystery in order to save themselves. Furthermore, "Kill Your Darlings" is a look into the life of a homosexual in the mid-40s. It is a retelling of the horrors and excitement of a time where it was condemned to be openly gay; the perfect environment for a budding literary genius to express the ecstasies of love and the shadows of a closeted life.
MOST POPULAR DVD RELEASES
LATEST DVD DATES
[view all]