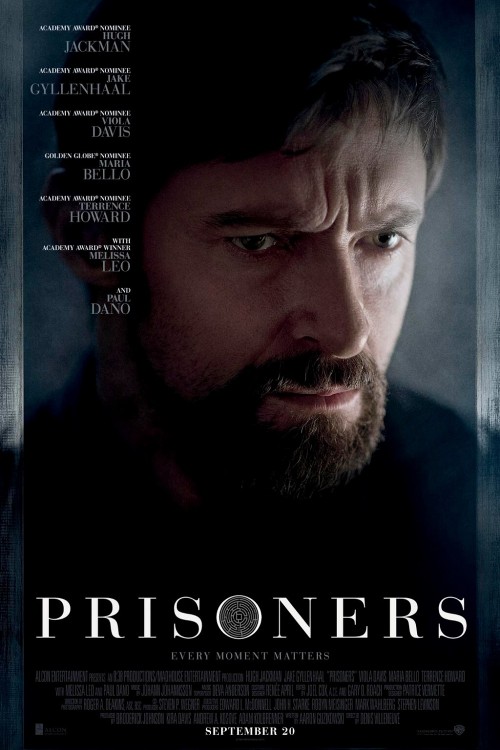 8.1
A religious man who would do anything for his family, Keller Dover is pushed to the brink when his daughter disappears on Thanksgiving with a neighborhood friend. The police are lead by Detective Loki to solve the case, and they soon have a suspect in custody. Their suspect, Alex Jones, has diminished mental capacity. After interrogation and polygraph testing, the police are forced to let Jones go free. Unsatisfied with this decision, Dover in turn abducts Jones and imprisons him in an abandoned apartment complex. Dover beats and tortures Jones repeatedly in an attempt to discover the whereabouts of his daughter. Detective Loki, unaware of Dover's actions, continues to follow leads about the case, and he discovers disturbing news about a local priest. There are also alarming break ins at the homes of the missing girls, and a new suspect presents himself. Bob Taylor confesses to the girls' murder, but he commits suicide before he reveals any further information. Dover's vigilante investigation uncovers information about the woman truly responsible for the crime, but she is able to drug and sedate him in the same place his daughter was held. Loki discovers the truth in time to save the missing girls, but it may be too late to rescue the soul of Dover.
MOST POPULAR DVD RELEASES
LATEST DVD DATES
[view all]