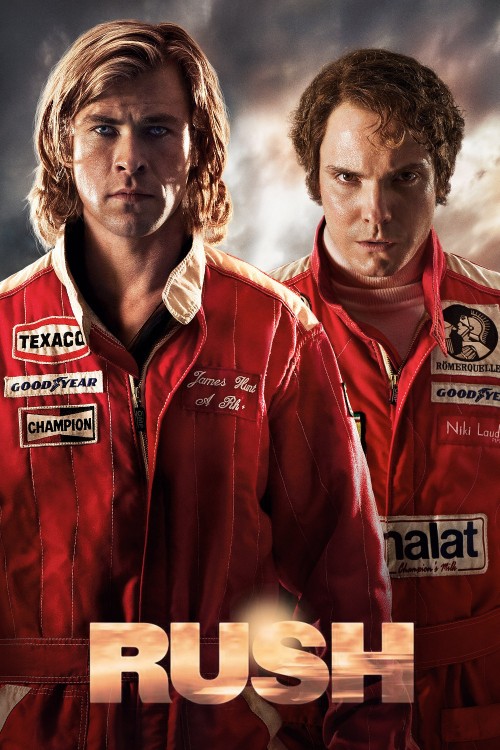 8.1
This true story about race car drivers James Hunt and Niki Lauda follows their highly competitive rivalry. It comes to a head during the 1976 Formula 1 race season. Lauda starts the season strong, establishing a large lead over Hunt in the points race. Hunt wins the next race but is disqualified over a rules violation. Hunt and his team struggle in the next few races. Fortune takes a turn when Hunt makes personal changes and his disqualification is overturned, putting him in striking distance of Lauda for the championship, renewing his competitive spirit. Tragedy strikes when Lauda is involved in a fiery crash, hospitalizing him for six weeks. During his absence, Hunt pulls closer to the lead for the championship. Lauda wins his first race back, keeping him in the lead for the championship. The Japanese Grand Prix brings the season to a climax, with weather conditions identical to those when Lauda's catastrophic crash occurred. Lauda begins the race but pulls out part way through, opting to sit out the dangerous conditions for the sake of love. Only three points behind Lauda, Hunt wins the race in a tight finish and secures the championship by one point.
MOST POPULAR DVD RELEASES
LATEST DVD DATES
[view all]