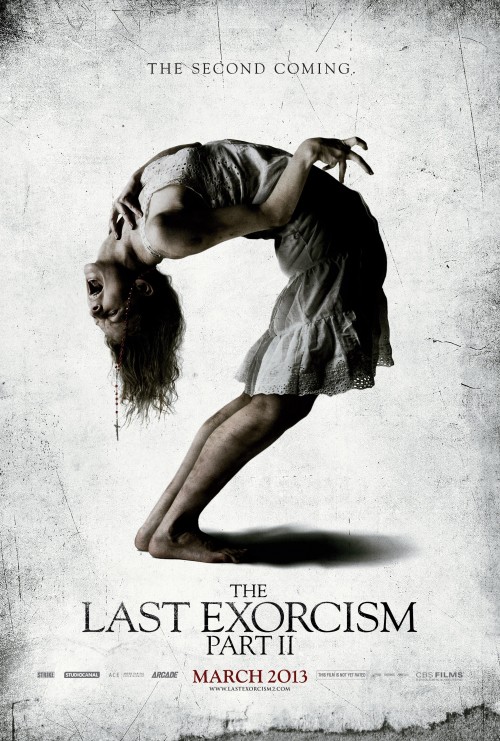 4.0
The film begins just minutes after the finale of The Last Exorcism, and teenager Nell Sweetzer has broken into a local home. She is found cowering in a corner, and is determined to be totally insane and apparently tormented by the demon Abalam. Nell is hospitalized and subsequently sent to a halfway house for wayward girls. The home's manager, Frank Merle, helps Nell to make friends with her roommates and land a housekeeping position at a local hotel. Nell even manages to go out on a date with a young man that she has a crush on. However, she starts to be stalked by a sinister presence that seemingly wishes to possess her. Nell then meets a woman named Cecile who claims that she can protect her from these evil forces, and Nell travels to her home with terrifying results.
MOST POPULAR DVD RELEASES
LATEST DVD DATES
[view all]