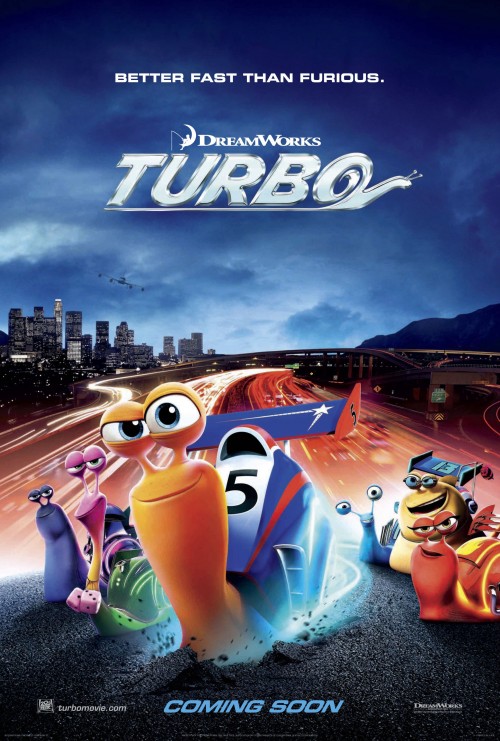 PG Animation, Family
The products below contain affiliate links. We may receive a commission for purchases made through these links.
POSTERS
‹ ›

6.4
"Turbo" is about an odd snail who tries to win the Indy 500. He is unlike other snails who prefer the slow life. His dreams seem within reach as he is sucked into an intake valve on a high speed muscle car. Out of the blue, Turbo gains the power to move at a speed of over 200 miles an hour. All of a sudden, Turbo and his brother are kidnapped by Tito, a taco stand owner who races snails on the side. Tito enters Turbo into the Indy 500, but Turbo quickly falls behind the competition. With encouragement from his family, Turbo reaches deep and uses his special snail abilities to gain an advantage in the race. Due to an accident, Turbo gets hurt inches from the finish line. Family and friends show their support, which drives Turbo to continue. With a special snail roll, Turbo wins the race. In the end, the movie gives the audience encouragement to never give up on dreams.
MOST POPULAR DVD RELEASES
LATEST DVD DATES
[view all]