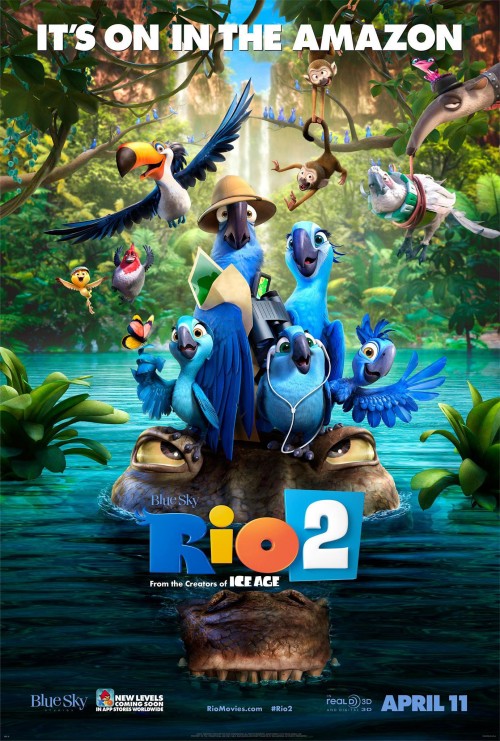 G Animation, Family
The products below contain affiliate links. We may receive a commission for purchases made through these links.
POSTERS
‹ ›

6.3
Blu and Jewel are vibrantly blue birds who enjoyed a host of adventures in Rio de Janiero but have now decided to settle down and focus on raising a family in the wilds of the Amazon Rainforest. Of course, while living in the city may have its challenges, the wilderness is just as difficult, and Blu soon runs into a rival in the form of hot-shot Nigel, who causes him all sorts of grief. In the meantime, he and Jewel must both adjust to being parents and to embracing this very different lifestyle in the forest. It does not help that Jewel's father soon arrives on the scene, and he is determined to make life as difficult for his despised son-in-law as he possibly can.
MOST POPULAR DVD RELEASES
LATEST DVD DATES
[view all]