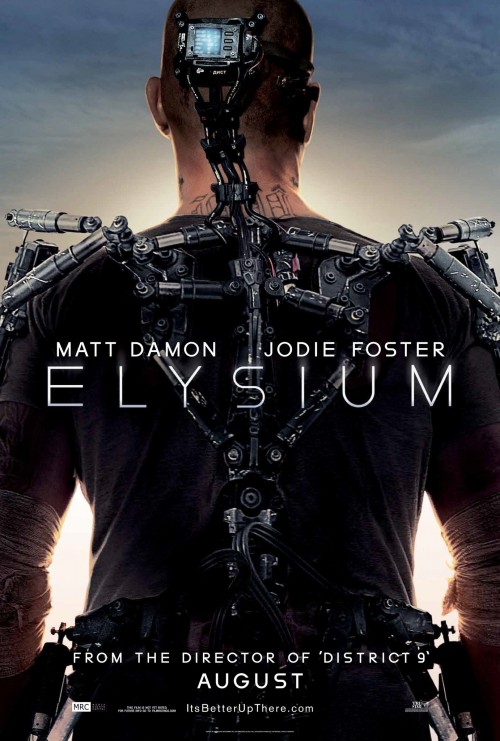 6.6
In the year 2154, the wealthiest of humans live on a massive space station called Elysium, where all their needs are met. The rest of humanity lives on an Earth in ruins from pollution and disease. Jessica Delacourt, Elysium's Secretary of Defense, is determined to keep Earthside humans off the station, to the point she orders shuttles shot down. Max Da Costa is working at Armadyne, the company that produced the technology that helped build Elysium. When he is exposed to a massive dose of radiation, Da Costa is told he only has five days to live. The only way he can survive is to sneak onto Elysium and use their Med Bays to cure him. Da Costa enters into a deal with a smuggler named Spider, who will get him on the space station in exchange for obtaining information from Armadyne's CEO. In addition, Spider and his associates fit Da Costa with an exoskeleton and a computer implant in his brain. After battling mercenaries hired by Delacourt, Da Costa makes his way onto Elysium and must find a way to not only save himself, but help everyone else back on Earth.
MOST POPULAR DVD RELEASES
LATEST DVD DATES
[view all]