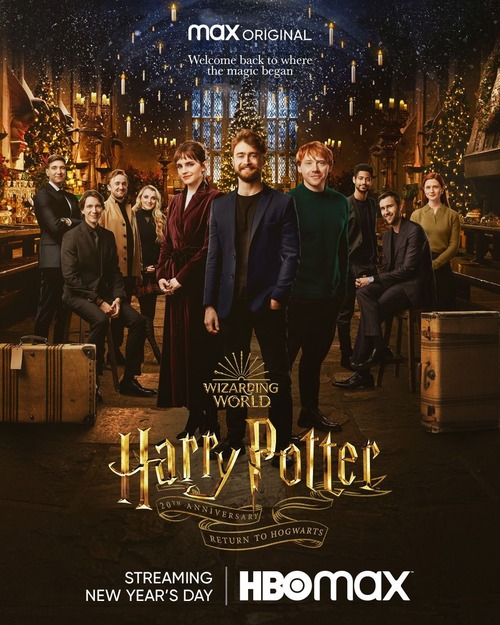 TV-PG Documentary
The products below contain affiliate links. We may receive a commission for purchases made through these links.
POSTERS
‹ ›

8.0
It has been 20 years since the last Harry Potter movie was released. In celebration, Warner Bros. has created a new movie that takes us back to Hogwarts School of Witchcraft and Wizardry. The plot summary for "Harry Potter and the Return to Hogwarts" is as follows: When a mysterious message summons Harry Potter to return to Hogwarts School of Witchcraft and Wizardry, he finds himself in the company of his former headmaster, Albus Dumbledore, and his friend Ron Weasley. They are joined by Hermione Granger, who has been investigating a dark plot that threatens the school. Together, they must stop Lord Voldemort from taking over Hogwarts and enslaving the wizarding world. With the help of their friends, Harry, Ron, and Hermione must defeat Voldemort and save Hogwarts.
MOST POPULAR DVD RELEASES
LATEST DVD DATES
[view all]