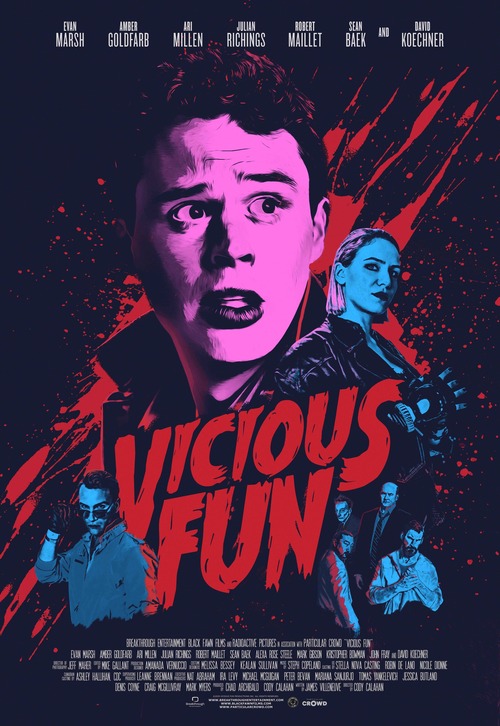 NR Comedy, Horror
The products below contain affiliate links. We may receive a commission for purchases made through these links.
POSTERS
‹ ›

6.5
The premise of Vicious Fun is a self-aware horror movie that takes the genre to new heights. The film's title refers to its satirical tone, as it satirizes the slasher genre. It features an all-star cast, including Ari Millen as the late-arriving Bob and Amber Goldfarb as the surly Carrie. Both characters are employed by an enigmatic agency to hunt down the worst of the worst. Joel pretends to be a missing member of the group called "Phil" but soon learns that he's just making a fool of himself.
MOST POPULAR DVD RELEASES
LATEST DVD DATES
[view all]