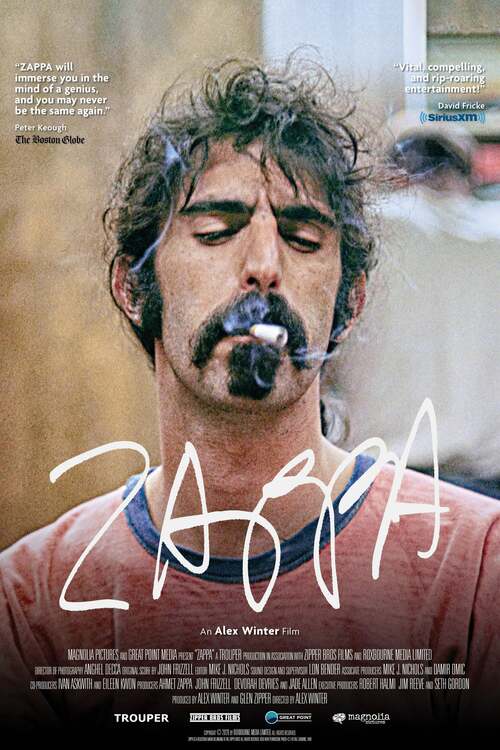 7.6
A biographical documentary of the life and career of iconoclastic rock music legend Frank Zappa. In the 1960s, Zappa?s two albums, Freak Out (1966) and We?re Only in It for the Money (1968) earned him a cult following, although his music never achieved widespread popularity. Zappa was considered an underground innovator and behind-the-scenes influencer of more popular acts, such as Alice Cooper. Nevertheless, Zappa became a significant cultural icon before his death at age 53 from cancer. He later became known for a minor 1982 hit, Valley Girl, which featured his daughter, Moon Unit.
MOST POPULAR DVD RELEASES
LATEST DVD DATES
[view all]