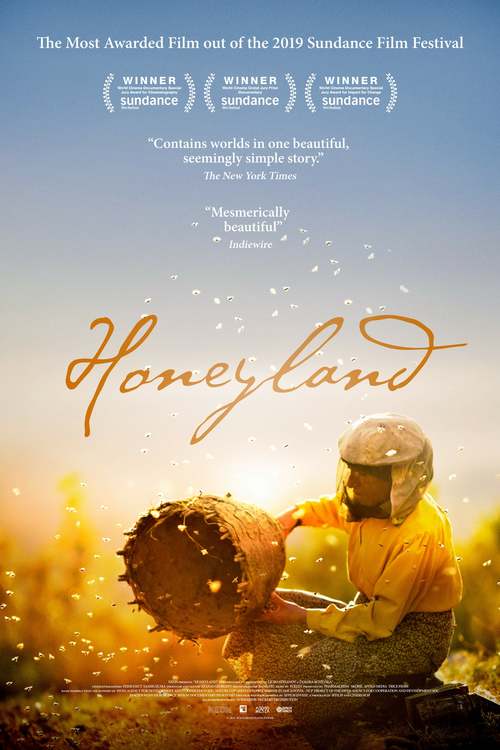 UR Documentary, Drama
The products below contain affiliate links. We may receive a commission for purchases made through these links.
POSTERS
‹ ›

8.0
Honeyland is a documentary from Macedonia that tells the tale of beekeeper Hatidze Muratova. She lives in a remote village tucked away in the mountains and sells her honey to support herself and her older, disabled mother. Her life is peaceful and secure, until a traveling beekeeper arrives in her area with his family and his differing views on how to succeed.
MOST POPULAR DVD RELEASES
LATEST DVD DATES
[view all]