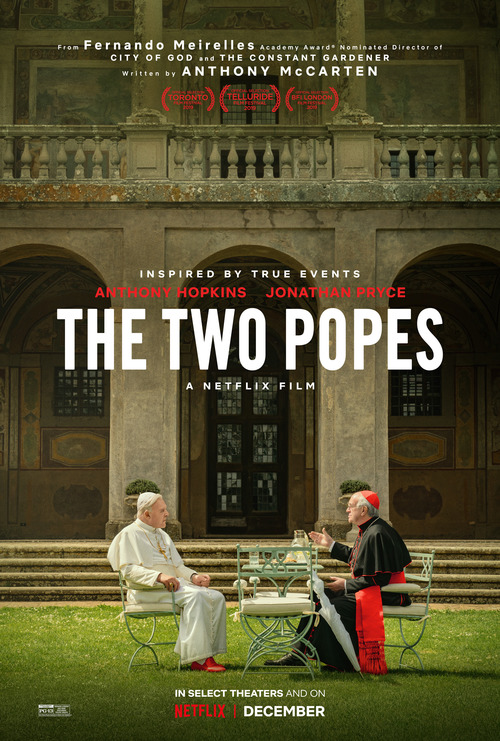 7.7
When Pope Benedict XVI decides to step down as the leader of the Catholic church an interesting dynamic is created. The outgoing pope must forge a relationship with Pope Francis, the newly appointed Vicar of Christ. With Pope Benedict still residing within the Vatican, Pope Francis must deal with Benedict's more conservative legacy and approach to the leadership of millions of Catholics. The younger Francis can learn from Benedict, but will he have to sacrifice his own interpretation of faith to do so?
MOST POPULAR DVD RELEASES
LATEST DVD DATES
[view all]