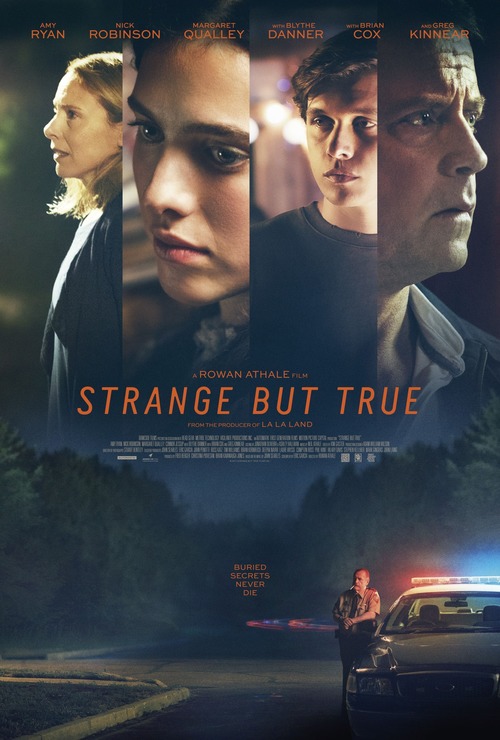 5.9
Strange But True is a story about love, loss, and moving forward. When a young woman, Melissa, shows up at her boyfriend's family's door, claiming to be pregnant, his parents and siblings are stunned. What would normally be a cause for celebration takes a more sinister turn with the reveal that Melissa's boyfriend has been dead for five years. As the boyfriend's family struggles to cope with this unexpected revelation, they are forced to confront their own understanding and perception of Melissa, her unborn child, and the relationship that ended so far before its time, five years ago.
MOST POPULAR DVD RELEASES
LATEST DVD DATES
[view all]