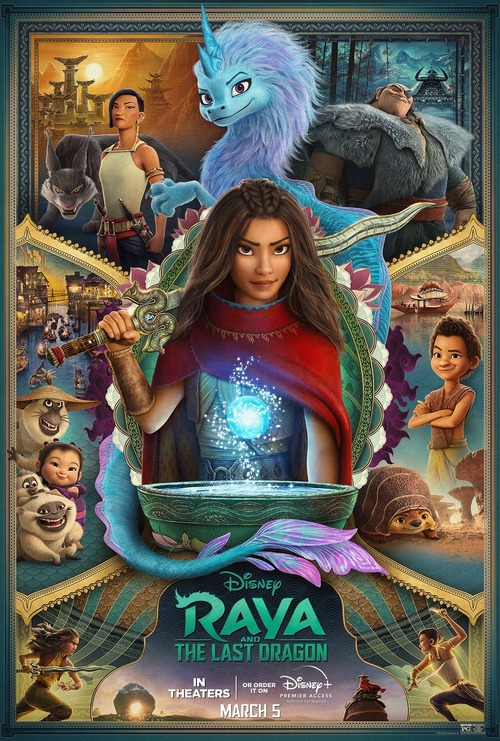 Action, Adventure, Animation
The products below contain affiliate links. We may receive a commission for purchases made through these links.
POSTERS
‹ ›

7.4
Kumandra was a happy kingdom protected by dragons until it was invaded by a horde of monsters called the Druun. Most of the dragons were turned into stone as were many brave Kumandra warriors. The attack resulted in Kumandra being split into five tribes who blame and bicker with each other over their sad fate. Now a brave young lady, Raya, is on a quest to find the one and last dragon to survive the onslaught of the monsters. Her goal is to marshal the dragon?s power and use her own bravery to fight the Druun and reunite Kumandra.
MOST POPULAR DVD RELEASES
LATEST DVD DATES
[view all]