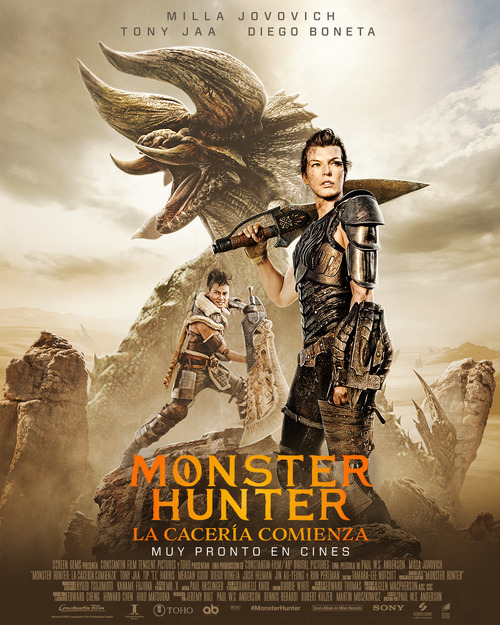 5.2
Tougher-as-nails female soldier Lt. Artemis leads a cadre of hardened, battle-tested soldiers who must fight monstrous creatures on an alien desert planet. Artemis and her crew are transported to the new world under suspicious circumstances. As her team of military commandoes gets picked off one-by-one, Artemis soon finds herself the sole survivor. She then confronts another human on the planet who is as dangerous as the monsters that want to kill them both. Now Artemis must vanquish her human opponent or risk making an alliance to survive the harsh planet. Science fiction thriller action inspired by the popular video game, Monster Hunter.
MOST POPULAR DVD RELEASES
LATEST DVD DATES
[view all]